RICHMOND - February kicks off the Virginia is for Lovers Culinary Challenge for 2015. Restaurants, locals and visitors alike can nominate their favorite entrée. Virginia Tourism Corporation has enlisted the help of three Virginia culinary experts to help narrow the pool to 32. Those successful nominees will be placed into a vote-off to narrow the field to 16. From there a … END_OF_DOCUMENT_TOKEN_TO_BE_REPLACED

RICHMOND - Governor Terry McAuliffe today announced the premiere of the pilot episode of Point of Honor on Amazon.com. The series, filmed entirely in Virginia, follows a Virginia family and its courageous struggles during the Civil War, and is available today for streaming in the United States, the United Kingdom and Germany. Point of Honor is a co-production between Amazon … END_OF_DOCUMENT_TOKEN_TO_BE_REPLACED 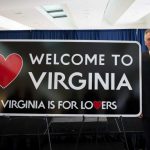