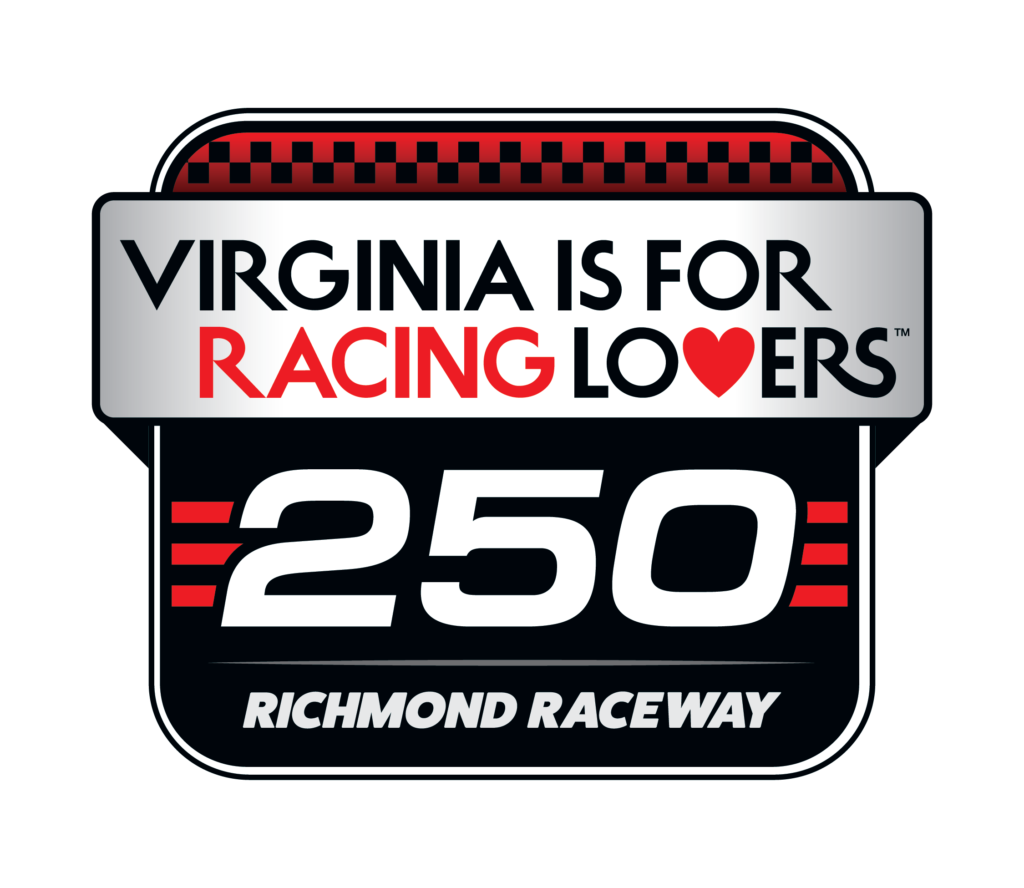 RICHMOND, Va. – Richmond Raceway (Richmond) and Virginia Tourism Corporation (VTC) announce a partnership on the entitlement for the NASCAR Xfinity Series race on Saturday, Sept. 12. The official name of the race will be the Virginia is for Racing Lovers 250.

“As NASCAR racing returns to the Capital City, we are proud to expand our long-time partnership with the Virginia Tourism Corporation for the Virginia is for Racing Lovers 250,” said Richmond President Dennis Bickmeier. “We look forward to continuing to work closely with Rita McClenny and the VTC team to support their mission to promote and develop tourism in the Commonwealth of Virginia.”

“Richmond Raceway is a major attraction for both visitors and Virginians alike, and we are proud to add our support for the Virginia is for Racing Lovers 250,” said Rita McClenny, President and CEO of Virginia Tourism Corporation. “We’re excited to celebrate at such an iconic track and looking forward to fans discovering for themselves why Virginia is the destination for racing.”

The road to the 2020 NASCAR Cup Series championship will continue to lead through Richmond as America’s Premier Short Track hosts the second race of the first round of the Playoffs for the ninth annual Federated Auto Parts 400 on Saturday, Sept. 12 at 7:30 p.m. The fall NASCAR Cup Series race at Richmond has run “under the lights” since 1991.