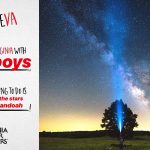 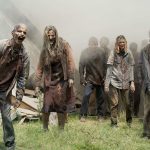 RICHMOND – Governor Northam announced today that the third series in AMC’s The Walking Dead franchise will film its debut season in Virginia.  The series will follow in the footsteps of the popular AMC program The Walking Dead, now in its ninth season, and the current offshoot series Fear the Walking Dead, which both rank among the most-watched cable series on … END_OF_DOCUMENT_TOKEN_TO_BE_REPLACED