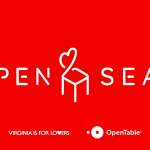 RICHMOND, September 27, 2018 –Today, the Virginia Tourism Corporation, in partnership with OpenTable, announced the launch of OpenSeat, a new program that allows diners to opt-in to share an open seat at their table with someone new. The program is designed to bring people together over a shared meal and celebrate common ground. More than 30 restaurants across the Commonwealth … END_OF_DOCUMENT_TOKEN_TO_BE_REPLACED

September 25, 2018 DULLES—Today, representatives of the Commonwealth of Virginia welcomed officials from Cathay Pacific Airways to Dulles International Airport (IAD) in celebration of the carrier’s inaugural flight to Virginia from Hong Kong International Airport (HKG). The ribbon-cutting ceremony marked the launch of the longest nonstop air route between Hong Kong and the … END_OF_DOCUMENT_TOKEN_TO_BE_REPLACED

Sept. 20, 2018 ~Harriet Tubman biopic will film in the Central Virginia area~ RICHMOND—Governor Northam announced today that the Focus Features production, Harriet, will film in Central Virginia this fall. It will be the first feature-length film to tell the story of heroic abolitionist and Underground Railroad conductor Harriet Tubman. Harriet is set to star … END_OF_DOCUMENT_TOKEN_TO_BE_REPLACED 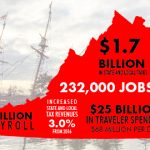