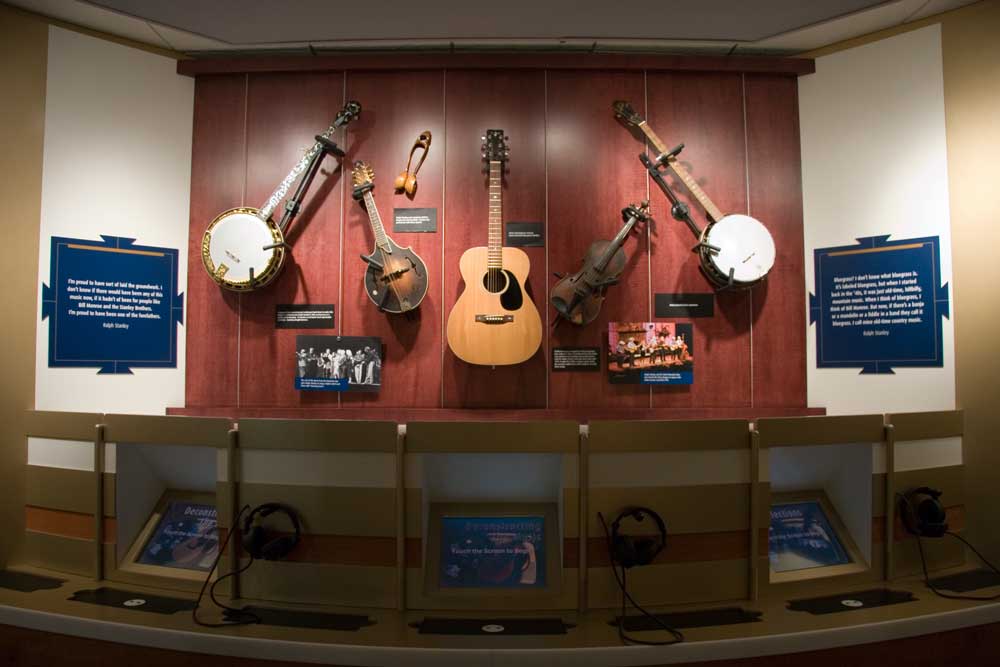 A time machine would be handy, wouldn’t it? Especially when it comes to the careers of legendary musicians, because only a select few fans get to see those first gigs that act as stepping stones toward stardom. While time travel remains out of reach, there’s good news: The options for exploring the history, hometowns, and early handiwork of Virginia’s musical giants are everywhere, from Northern Virginia wine country to the hills of the Commonwealth’s Southwest.Here are a few ways to walk in the footsteps of Virginia’s musical greats.

Born in McClure, Ralph Stanley got his first banjo when he was a teenager, learning to play clawhammer-style from his mother. With that foundation, and with Bill Monroe’s new bluegrass style growing in popularity, Stanley proved to be a foundational figure himself. He pioneered his own quick and crisp style of playing (“Stanley style”) and gained renown for his distinctive singing, with the Stanley Brothers and the Clinch Mountain Boys. You’ll often hear his name preceded by “Doctor;” his contribution to the region’s musical tradition was so significant he was awarded an honorary Doctorate of Music by Lincoln Memorial University in Harrogate, Tennessee. 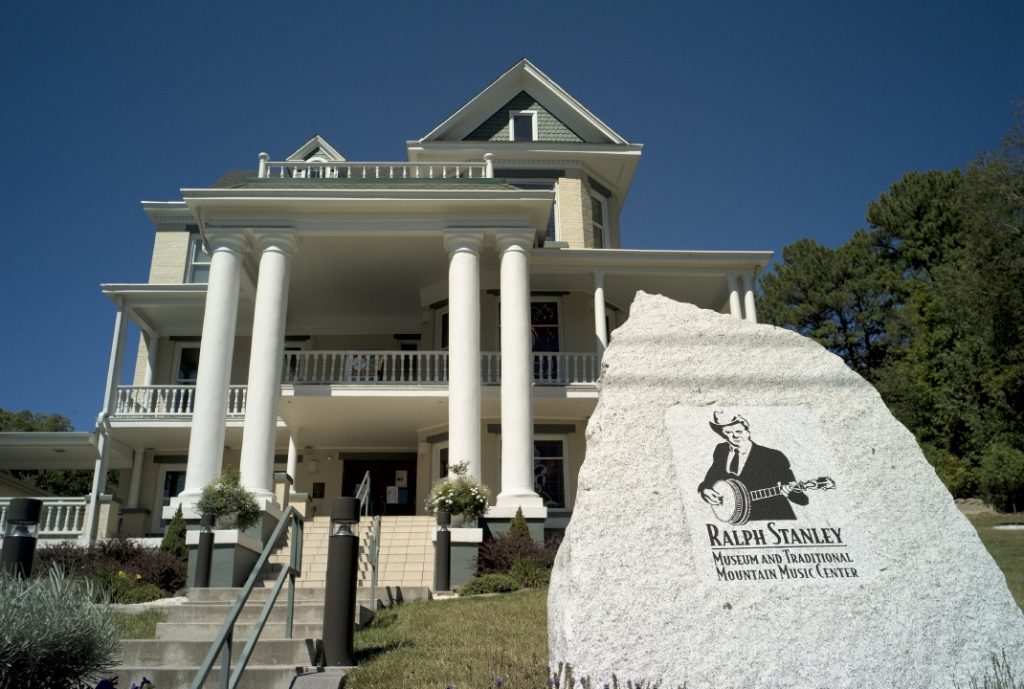 Dr. Stanley passed away in 2016 at the age of 89, but his tradition is alive and well in Southwest Virginia. The definitive repository for Stanley scholarship and celebration can be found in Clintwood at the Ralph Stanley Museum and Traditional Mountain Music Center. The center houses an extensive collection of memorabilia, offering visitors an opportunity to learn about the legend’s life, as well as the history of mountain music. And fans of the genre flock to McClure each Memorial Day for the annual “Hills of Home” bluegrass festival, now organized by Stanley’s son, with spots for camping and three days of fast-picking instrumentalists, including appearances by Ralph Stanley II and the Clinch Mountain Boys.

Though Dave Matthews was born in South Africa, he’s known as one of the most significant figures in his adopted hometown of Charlottesville. Matthews moved to Charlottesville with his mother in the mid-eighties, and what followed is the stuff of legend: A weekly gig at now-defunct local venue Trax, a breakout album in “Under the Table and Dreaming”, more than a dozen Grammy nominations, and a massive and loyal international following for his eponymous band. In fact, from 2000-2010, no musical act generated more in gross concert revenue — north of $500 million in total. Not bad for a guy who used to tend bar on Charlottesville’s downtown mall. 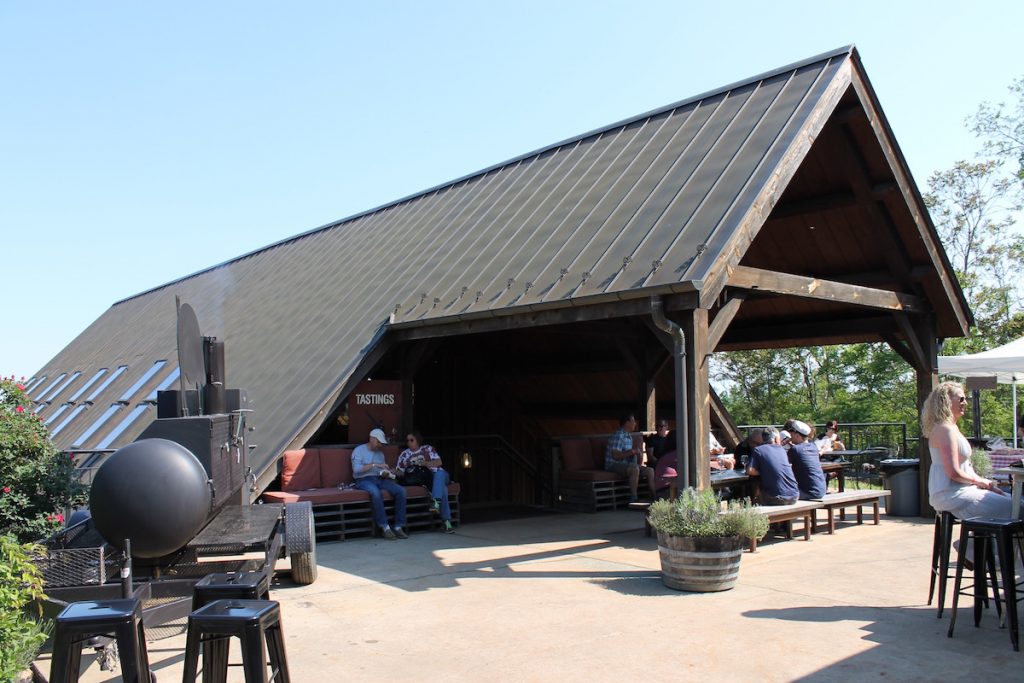 Trax may be gone, but if you’re looking for ways to two-step the path Matthews walked in his younger days, Miller’s — where Matthews worked as a bartender — is a great place to start. It’s a favorite spot for locals and college students alike, with a busy schedule of musical performances and regular Thursday night appearances by the John D’earth Quintet — an incubator for local jazz talent. D’earth is the University of Virginia’s Director of Jazz Performance, and he’s performed on Dave Matthews’ recordings. (And Matthews sang on D’earth’s 2001 album “Mercury”.) For a look at Matthews’ more recent activity in the area, be sure to stop by Blenheim Vineyards, the winery he owns, located less than half an hour’s drive from the downtown spot where he worked as bartender.

Born and raised in Mechanicsville, Jason Mraz graduated from (and performed as a cheerleader at) Lee-Davis High School before studying at the American Musical and Dramatic Academy in New York City and eventually making a name for himself as a musician in San Diego. His intricate wordplay and seemingly limitless vocal abilities earned him a recording contract with Elektra Records, and his 2002 album “Waiting for My Rocket to Come” propelled him to national notoriety, with “The Remedy (I Won’t Worry)” earning him his first hit in the Top-40. Multiple Grammy nominations and wins have followed, along with recognition for “I’m Yours” as ASCAP’s 2010 Song of the Year.

The School of the Performing Arts in the Richmond Community — more commonly known by the acronym SPARC — was also part of Mraz’s journey to success. SPARC’s mission is to “profoundly influence young people’s lives through exceptional performing arts education,” and while he was still living in Richmond, Mraz spent afternoons and summers there learning and gaining confidence as a performer. And it’s clear he hasn’t forgotten his time there, as Mraz has served as Artistic Advisor for LIVE ART — a unique program that brings together performing arts instruction and special education, culminating in a yearly mega-concert, with past performances from Mraz, k.d. lang, Sara Bareilles, Rob Thomas, and René Marie, among many others. It’s a joyful celebration in support of an excellent cause — well worth seeing (and hearing) in person.

Known for his bright and nimble piano playing, his multi-platinum recording career producing iconic hits like “The Way It Is,” and his time spent as a sideman with the Grateful Dead, Bruce Hornsby is as beloved a figure in Virginia’s musical history as you’ll find. He grew up in Williamsburg and graduated from James Blair High School, where he proved to be a strong basketball player. His musicianship turned out to be even stronger, as he moved to Los Angeles in 1980, formed Bruce Hornsby and the Range in 1984, and signed with RCA Records by the following year. While many got to know his music when he was working with backing band The Range, these days you’ll see him performing as Bruce Hornsby & The Noisemakers. 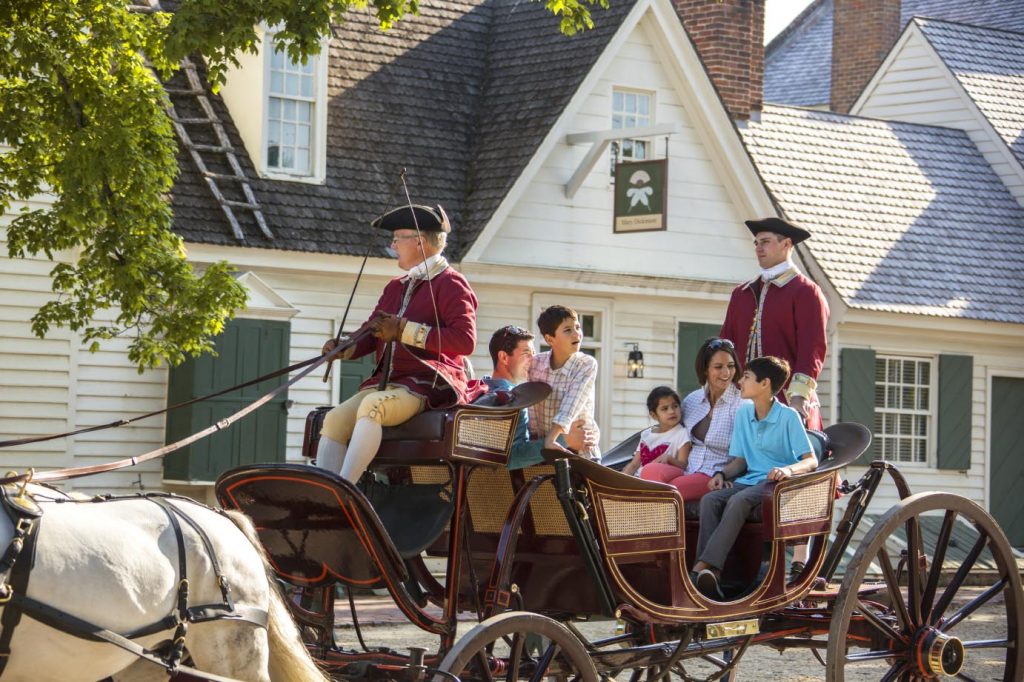 If you’re not a fan of high school basketball, fear not — there are other ways to walk in Hornsby’s footsteps. He and his Noisemakers headline an annual festival in Williamsburg called the Funhouse Fest, presented by Hornsby himself and the Virginia Arts Festival. Past events have featured amazing acts like the Taj Mahal Trio, Hiss Golden Messenger, Sheryl Crow, and Greensky Bluegrass. VIP packages are available, offering early entry, premium parking, VIP Tent access, and even meet-and-greet opportunities with select artists. Whether you’re a Hornsby fan or just in town in June to see Colonial Williamsburg, there’s fun to be had at Funhouse. That’s just the way it is.

René Marie’s is one of the most inspiring stories in Virginia’s long musical history. The jazz vocalist did perform some as a teenager in Roanoke, where she lived in the years after her family moved from her birthplace of Warrenton. But her career started in earnest decades later, when she was working at a bank and followed her son’s recommendation to get back into singing at the age of 41. Given an ultimatum by her husband to choose between singing and an abusive marriage, she followed her love for performing, going on to establish herself as one of today’s most talented and respected jazz vocalists. And she’s dedicated herself to helping others work through their own difficult circumstances by writing and performing a one-woman show about overcoming domestic abuse, and by establishing SLAM!, an online, one-on-one vocal therapy workshop that aims to help singers reconnect with their voices. 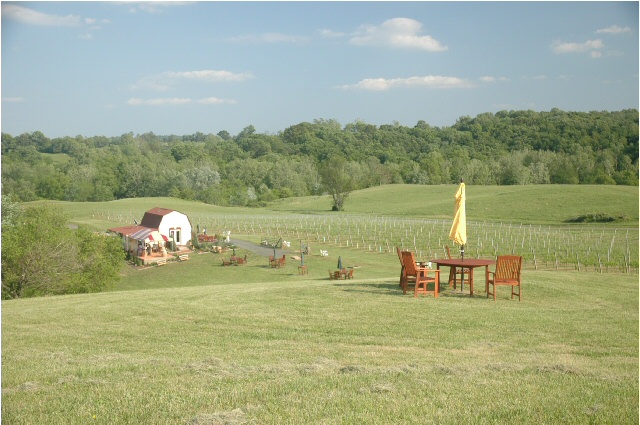 The early days of Marie’s relaunched music career included a production of “Ella and Her Fella, Frank” at the Barksdale Theatre in Richmond. The Barksdale merged with Theatre IV in 2012 to become the Virginia Repertory Theatre, and you can enjoy the nonprofit, professional theatre company’s productions at multiple locations around Richmond, including the Hanover Tavern, the November Theatre, and the Children’s Theatre at Willow Lawn. If you’re planning a trip even further into Marie’s past, a trip to Warrenton provides access to some of Virginia’s most stunning wine country. In fact, Warrenton is centrally located along the Fauquier Country Wine Trail, which links more than two dozen wineries, including Three Fox Vineyards and Mediterranean Cellars, with plenty of bed and breakfasts nearby for those sticking around for an extended stay.