**This is Part 2 of a series, focusing on the Northern and Southern regions of Virginia.**

While train depots were once the busiest, most important structures in a community, the development of highway infrastructure and the growth of the airline industry made the once-imperative railroad hubs almost irrelevant. But rather than tear them down, many communities chose to revitalize their train depots, turning them into museums, restaurants, and visitor’s centers. Stop by one of these fifteen train depots in the northern and southern Virginia regions to see local history preserved. 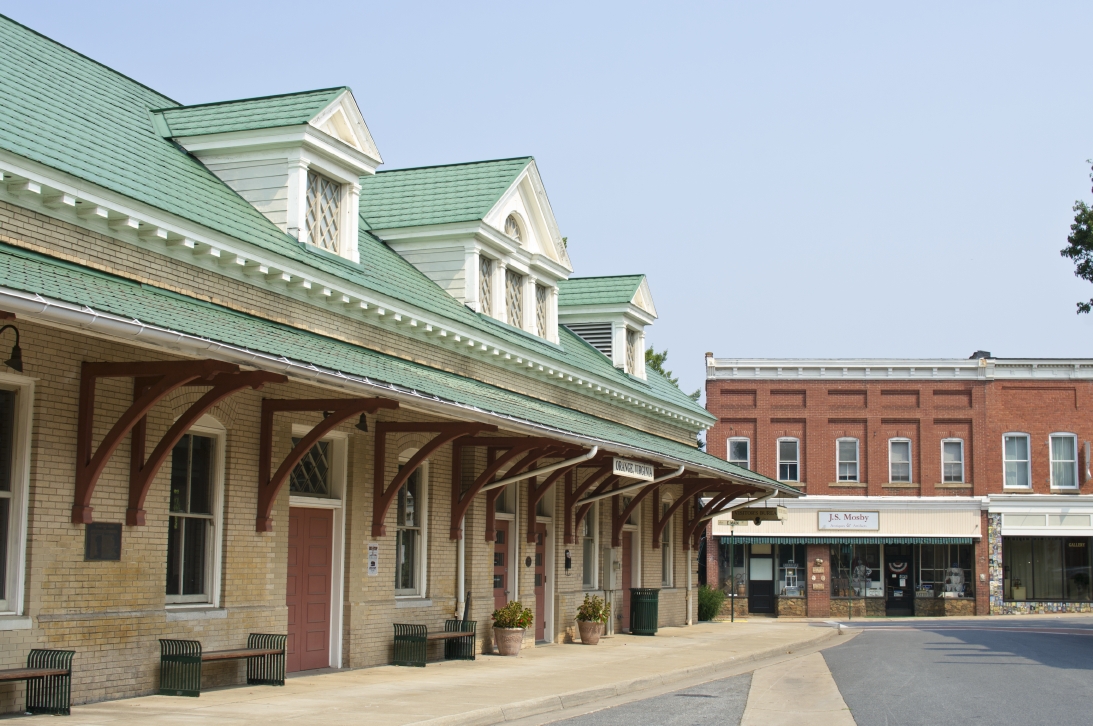 Built in 1909-1910 in the Colonial Revival style, the Historic Orange Train Station stood as a passenger depot until the service stopped in the early 1970s. The train terminal was renovated in 1997, becoming the home of the Orange County Department of Tourism and Visitors Bureau.

The Appomattox Train Depot somehow survived the Battle of Appomattox Station, which occurred the day before the official end of the Civil War, but was destroyed by a fire in 1889. The townspeople erected a replacement, but bad luck struck again in 1923, as the structure once again burned. However, the current depot was constructed immediately after, and when the depot shut down for good, builders were able to salvage the brick, wrought iron, and wood of the 1923 version, turning it into the Appomattox Visitor Information Center.

Farmville’s Historical Train Station was built in 1903, serving the Norfolk and Western Railway passenger trains until 1971. After four years vacant, the depot was restored and reopened, but once again faced closure in 1979, effectively ending rail service to Farmville. Today, the station functions as a meetings and gatherings space bookable by the public, while the original rail line was turned into High Bridge Trail State Park, a rails-to-trails cycling route.

The original Beaverdam Depot was first destroyed by the Union army during the early years of the Civil War, but it would be rebuilt and destroyed several more times before the end of the war. The present structure was erected in 1866, with ongoing restoration aiming at preserving this historic structure. Currently, it is both a historical monument and a venue for small events. 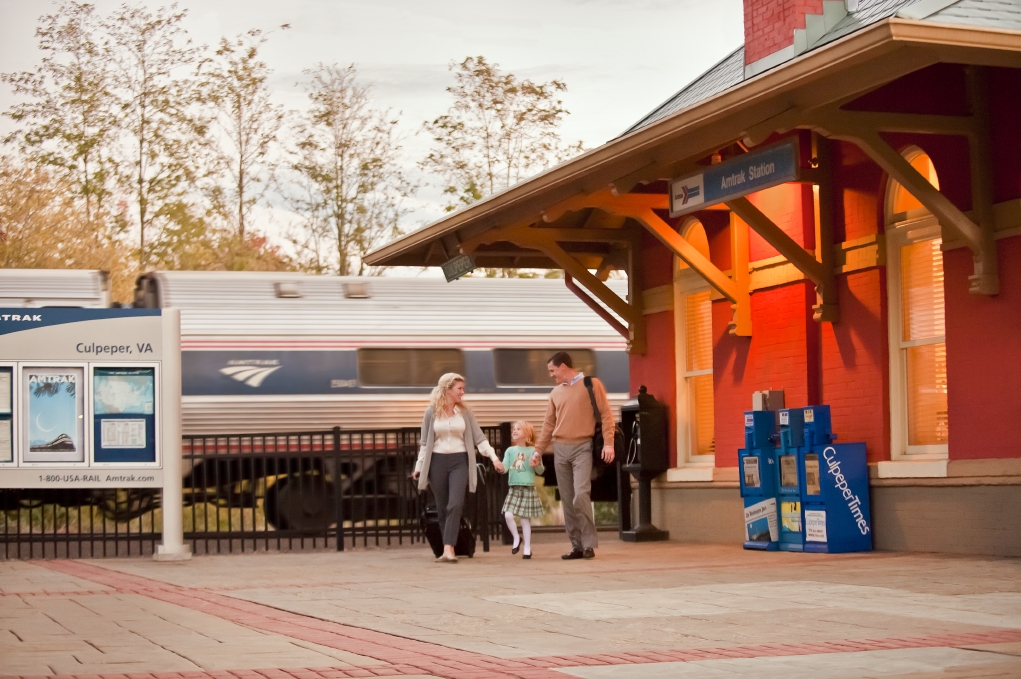 The first Culpeper Depot was constructed in 1874, but like many wooden structures of the time, it burned down in 1903, and was replaced by the current structure a year later. In 1985, Norfolk and Southern Railroad requested permission to demolish part of the building, but a historic committee worked to save and renovate this historic building. Finally completed in 2003, the historic train depot now houses the Culpeper Tourism Office and Visitors Center, the Department of Tourism, and the Culpeper Museum, as well as offering Amtrak passenger services several times a day to big destinations like Boston, New York City, and Philadelphia.

The first Bavarian Chef opened in 1974 in Madison, and after more than 35 years in the restaurant business, the owners added a second location, restoring the historic Fredericksburg train station into a charming restaurant in 2010. The depot’s structure was built by the Richmond, Fredericksburg, and Potomac Railroad in 1910 to replace the original ground level station house, and the renovations done by the restaurant a century later restored the beautiful building to its former glory. 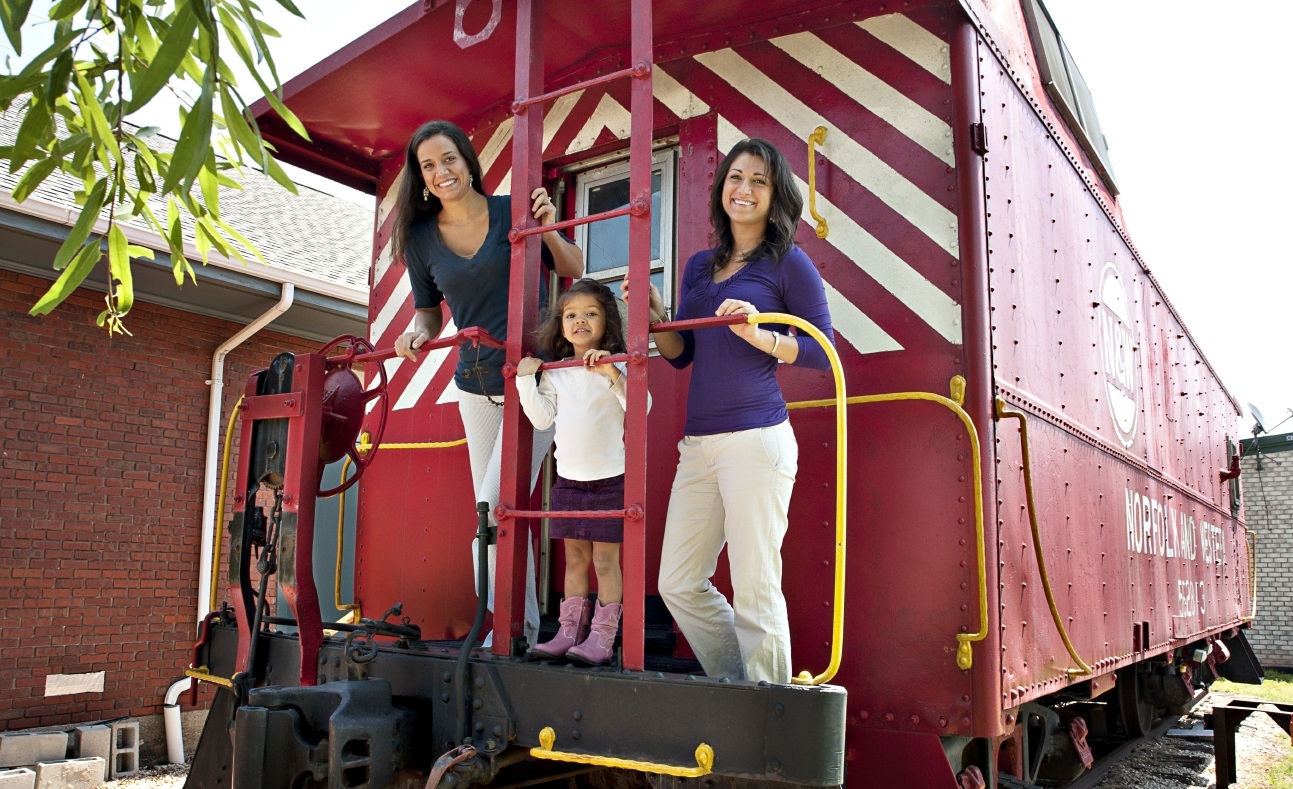 The Virginia S. Evans Doll Museum, South Hill Model Railroad Museum, and the South Hill Tourism Information Center are all housed in the former train depot. The centerpiece of the railroad museum is the Atlantic & Danville Model Railroad, a scale model of the trains and town circa 1950, showing the route between Lawrenceville to Clarksville. Guests will find dining, shopping, and event information on South Hill, Lake Gaston, Kerr Lake, Mecklenburg, and more in the tourism center.

Restored and opened as an 800-square-foot meeting space for private and community events in 2010, the Bealeton Train Depot was built by the Southern Railway Company in 1905. The depot functioned as a railroad hub for the region until the 1950s, with countless people traveling through the station on their way to and from Washington, D.C. 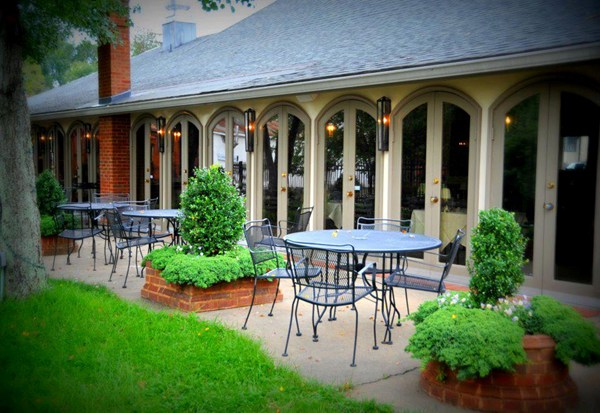 Once a train depot for Northern Virginia, Claire’s at the Depot is now a popular upscale restaurant that locals love to frequent. Many beautiful elements hint at the structure’s origins as a turn-of-the-century train station, including the stunning wood arches inside the restaurant.

Built in 1892, the Bassett Train Depot became the hub of downtown life for the community. It was destroyed by a fire in 1922 but rebuilt afterwards, remaining an active train depot until 1957. Today, the Historic Bassett Train Depot serves as a Community Market each Thursday during the spring and summer seasons, and also holds special events and festivals throughout the year. The town is currently working on renovations to restore the train depot, preserving this historical structure as a monument to the forgotten days of bustling train travel. 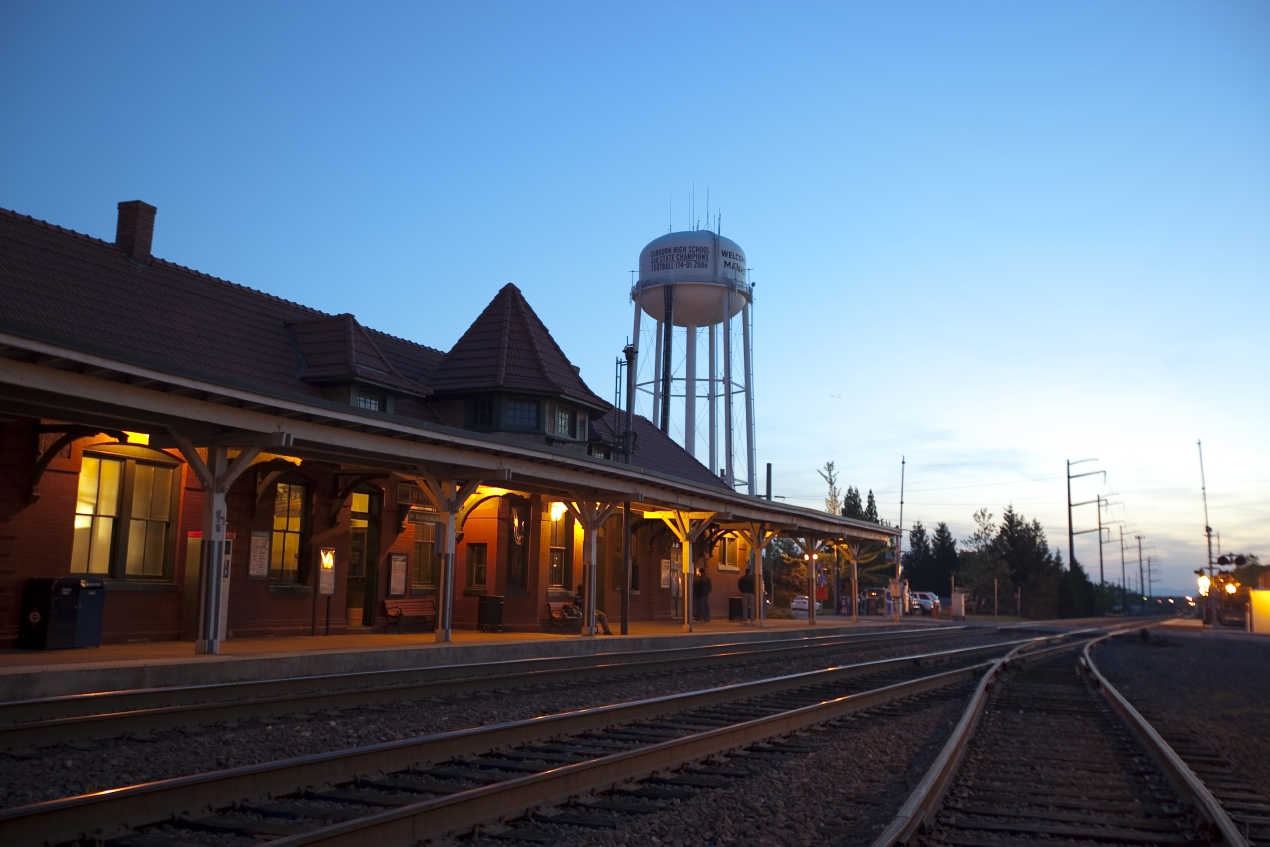 Built in 1914, the historic Manassas Railroad Depot now houses the Manassas Visitor’s Center and the James and Marion Payne Railroad Heritage Gallery. Additionally, the tracks are still used by Amtrak and the Virginia Railway Express commuter trains for routes to Washington, D.C. and a few other select cities.

The Herndon Depot Museum was established by the Herndon Historical Society to hold railroad and town memorabilia, artifacts, and history, including the story of Commander Williams Lewis Herndon, for whom the town was named, as well as artifacts from the U.S.S. Herndon destroyer from World War II. The building dates back to the 1850s and served as a train station in the dairy community until 1968. Today, you can stop by the museum as you travel along the Washington & Old Dominion Trail, a 45-mile long rail-to-trail paved pathway frequented by cyclers and runners.

Off route 20 in Orange County, the Historic Montpelier Train Station is a century-old depot that was converted into the Montpelier Station post office. The Montpelier Foundation renovated the train station yet again in 2008, and in 2010, the historic depot became home to a new James Madison’s Montpelier exhibit, “The Montpelier Train Depot: In the Time of Segregation”.

Located in the downtown business district, the Purcellville Train Station was built by Southern Railway in 1904 before changing ownership and becoming part of the Washington & Old Dominion Railroad. The entire train depot was closed down in 1968, but passenger service ceased years before in 1951. The structure was restored by the Purcellville Preservation Association in 2002, and today acts as a museum, a rest area along the Washington & Old Dominion Trail, and a public meetings space.

Virginia’s rail lines played a pivotal role in the Civil War, transporting soldiers, carrying wounded men, and supplying food and goods to the camps. The Fairfax Station Railroad Museum, first erected as a train station in 1854, displays Civil War artifacts and shares stories based around the Orange and Alexandria Railroad Line. The depot was also significant in historic for another reason: Clara Barton, founder of the American Red Cross, began working to improve humanitarian efforts at the site.

This is Part 2 in the Historic Virginia Train Depot Series. Read Part 1 and stay tuned for Part 3!